BayWa r.e. announces that global investment firm Goldman Sachs acquired 100% of the shares in the Anderson wind farm. The BayWa r.e. project located in Chaves County, New Mexico, became operational on December 30, 2014 and the company will continue to manage its technical operation. It will sell power to the Western Farmers Electric Cooperative under a 20 year power purchase agreement.

The 2014 GB fuel mix was powered by a rise in output from renewable sources as coal-fired generation continued to fall.

BayWa r.e. acquired the project in December 2013 with construction work beginning in September 2014. The Goldman Sachs deal closed less than four months later. The sale is a proof point for the success of BayWa r.e.'s business model. The turn-key developer constructs renewable energy projects with the goal to sell these but generally continues to handle the technical management.

"The late 2014 purchase also marks the end of a successful year for the company – three years after the acquisition by BayWa r.e., five wind farms have already been constructed or are in the building process," explained Matthias Taft, CEO of BayWa r.e. With the US continuing to hold its slot as one of the world's leading countries for wind energy production globally in 2014, the business of BayWa r.e. stands on promising ground.

"We are excited to be partnering with Goldman Sachs on this project. Our next project is currently under construction and we are actively seeking new acquisition opportunities," said Florian Zerhusen, CEO of BayWa r.e.'s wind business in the US.

"This wind farm is an attractive addition to our existing portfolio of renewable energy assets. We look forward to continuing to build our portfolio in the renewables sector," said Pooja Goyal, head of the Alternative Energy Investing Group at Goldman Sachs.

BayWa r.e. renewable energy GmbH, a wholly owned subsidiary of BayWa AG, is responsible for the BayWa group's renewable energy business. Founded in 2009 and based in Munich, BayWa r.e. acts as a holding company for various business interests in the areas of solar, wind energy, bio-energy and geothermal energy.

BayWa r.e.'s business activities range from project development and realization to PV trade and consulting services. The company covers the entire spectrum of a professional technical plant support service, including maintenance. Further services of BayWa r.e. include: the commercial operations management of plants, the trading of renewable energy power, trading in biomethane, as well as the sale of eco power and eco gas to both private and commercial customers. The company has an international focus with its core markets in Europe and the USA.

Pattern Energy Expands Potential ROFO Projects as Pattern Development Forms a Partnership With GPI of Japan, Adding Up to 1,000 MW to Its Pipeline 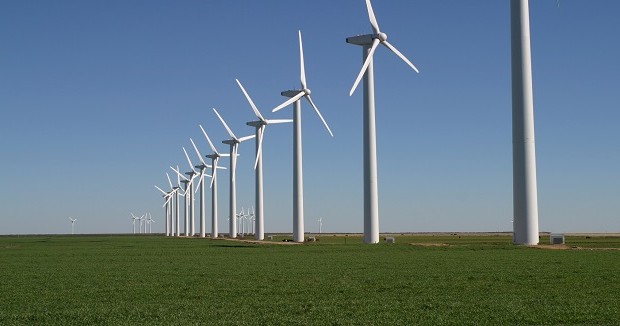